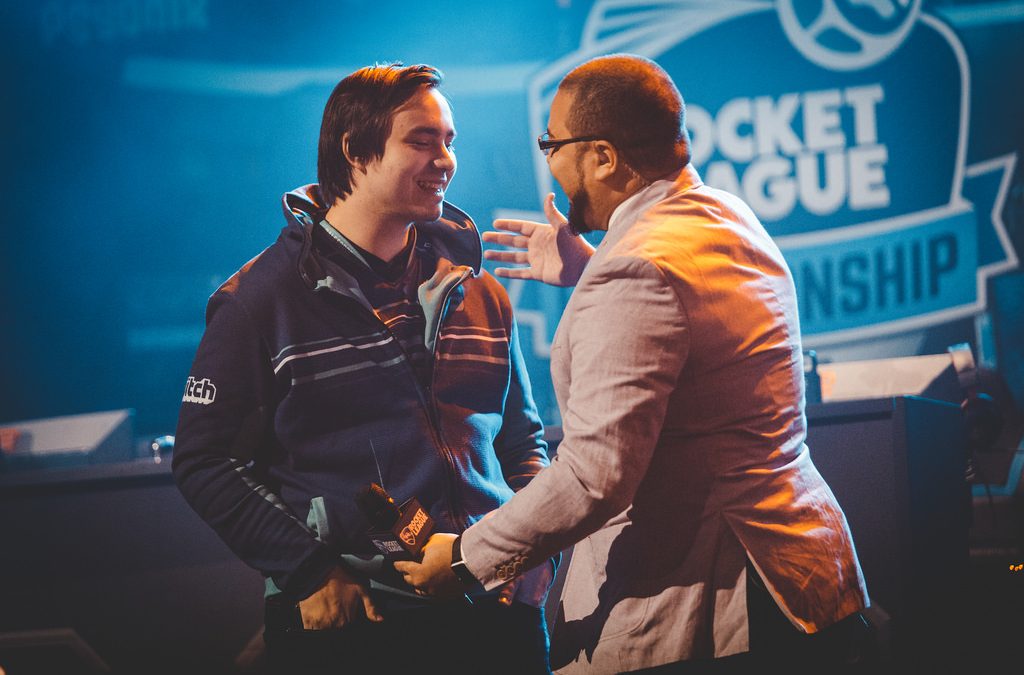 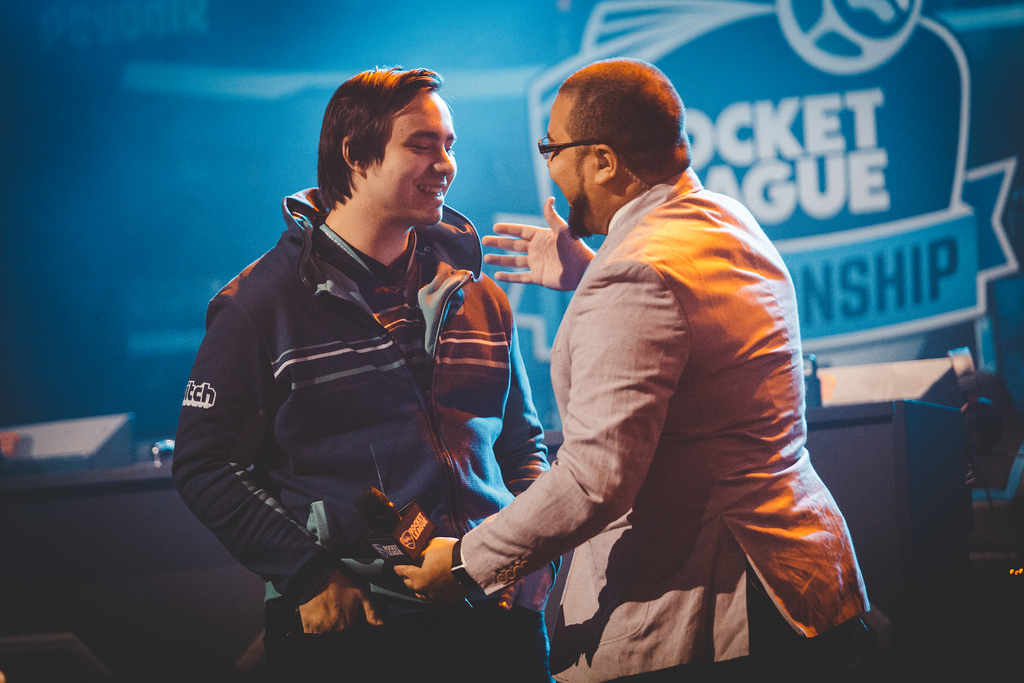 On Tuesday January 11, 2018, Rocket League Coaching Discord held its first Rocket League Pro ask me anything (AMA) series with Turbopolsa. We had over 350 questions submitted by our members and Turbo did an incredible job answering as many as he could. Over 50 questions were answered in all. We all loved and appreciated Turbo taking the time to participate in our event. You can see the script below:

Q: How did you come up with the nickname “Turbopolsa”?

A: Bunch of friends of mine started having “Turbo” in front of their name so i just wrote pölsa after it which is some sort of sausage and switched the ö to o because commentators couldnt pronounce it :=)

Q: How do you prepare for matches?

A: As a team we scrim 30-60 minutes before our games just to warm up our hands and mechanics. after that I just sit in freeplay shooting the backboard until we jump in the match

Q: What is your training routine?

A: Don’t really have a routine. I just play ranked and rank S every day to not fall apart. every day I don’t play rocket league I feel like I lose a lot of hours I could’ve practised a certain thing

Q: How do you deal with the nerves when playing tough games? like my palms always sweat when I’m playing against good players

A: Nerves is always there for me, dealing with it is just for me to focus on myself and not who I’m playing against. If I’m nervous and I show then my teammates will feel it and start to get nervous as well. A good way for me at least is drinking water or anything really, somehow it works for me.

Q: At what point do you see yourself stopping being a professional RL player and potentially putting more of a focus on education/future career?

A: As long as I can compete at the top, I don’t see myself stopping anytime soon. I did study to be an electrician for three years and graduated as well so I could do that after my career is over

Q: What’s your favorite anime if you’ve seen one?

Q: What are your thoughts on Rank S?

A: Its a great way to play against top level players

Q: Have you heard of a move called “The Serpent Drag”?

A: The fork is a serpent drag

Q: How effective do you think ‘The Serpent Drag’ is?

A: What the actual fork is this??

A: You are a lost cause

Q: What is the best way to practice playing at a fast pace without making many mistakes?

Q: What would you say took you from a high-level rocket league player to what you are now? …a beast

A: Luck, connections and remkoe’s sub spot. and of course dedication to the game

Q: When do you think NA EU and OCE will all uncontestedly be on the same level?

A: NA and EU are on the same level. It will take a long time for OCE to catch up to where we are right now

Q: What’s your routine before playing in ranked?

A: I start the game, plug in my controller and play ranked

Q: What is the biggest difference between c3 and GC?

A: Rating, I’ve seen GC who are absolute trash at the game and should not belong there

Q: What do you recommend to do to improve yourself well and fast ?

A: There’s not really a fast way to improve, just focus on what you’re doing in the game and not just chasing the ball like a dumbass. you will see improvements with time

Q: Your 3 hours from playing in an RLCS Group Stage match, how do you prepare?

A: Make sure I’ve eaten, slept well the night before and have something to drink as well. 60-90min before our games we start to scrim teams to warm up and take a small break when its 10-15min left

Q: What was the point you realize you got pro?

A: When we took our photos for RLCS season 1 LAN

A: check twitter and you’ll figure it out :=) ( twitter.com/turbopolsa )

Q: Best player you’ve played with along the way of your career and why

A: Violentpanda, without him this team or me wouldn’t be where we are right now

Q: What do you think Diamonds struggle with the most?

A: Hitting the ball, just being slow in general

Q: What is the most memorable thing you ever did in a professional game, like a sick goal, or a team play, no victory, I mean a play.

Q: Do you play other games besides Rocket League?

A: I usually play fortnite or other random steam games i can find

Q: How long do you play rocket league per day on average?

A: I try to play atleast 4 hours per day to stay in form :=) PogChamp4

Q: Do you have fun while playing Rocket League?

Q: As a two time world champion what things would you tell someone who is trying to break into the competitive scene and trying to find a team and or org?

A: If you have connections with top-level players then its quite easy to get there. but if you are a nobody that no one has heard about then you will need to climb the ladder, find 2 other people in your rank to play tournaments in and put your name out there SuperThinking5

Q: Who is the nicest person on Gale Force Esports in your opinion?

Q: If you could, would you like to see RLCS changed to 2v2 instead of 3v3?

A: No, if they did it would ruin the competitive scene

Q: How much time has passed since you started answering questions and finally reached this one?

A: About an hour

Q: Who do you think will win s5 (apart from GFE)? Who are the favorites?

A: Can’t answer that until I know whos going to LAN, but I could see Method or NRG with the new roster

Q: How angry was your team when you lost versus summit in RLCS 2 league play?

A: That was the lowest I’ve ever been in my career. I may or may not have thrown my controller a couple of times

Q: If you could form a team with any pro players in the world, which 2 players would you pick?

Q: Which Gaming events will you be going to?? Rocket League related or not?

Q: How did you get introduced to the pro scene

A: When al0t and sniper picked me up from a team I played in earlier. when we started playing RLCPL was the point where rocket league esport actually started

Q: Why do you think GFE have been so formidable this season? What is it you, Kaydop and Panda do that you think other teams struggle to do?

A: The teamplays and individual skills

A: I fucking love ostkaka

Q: If it weren’t for rocket league. What job would you be doing rn?

Q: Who are some players currently NOT in RLCS/RLRS that you think will have a breakout performance this year/season?

A: Don’t think there will be

Q: Have you ever been in a rut when nothing goes right and how did you get out of that?

A: I take a break. I usually take max one day break and then get right back to the grind :=)

Q: So of all the answers about becoming a pro connections to the scene is more important than anything… If you were starting now what would you focus on to make connections with higher players?

A: Don’t be annoying on twitter and such, don’t spam about playing with them. Play 6mans. They will eventually see how good you are

Q: You said earlier that ranked isnt fun. Why is that?

A: Garbage players ruining my rating

Q: Which players do you think are highly underrated?

A: Not really underrated but people don’t give violentpanda enough credit for what he’s doing for the team.

Q: Which variety of sill do you prefer?

Q: When you weren’t that good yet(at the beginning), did you ever think about quitting rl?

A: I played for fun until RLCPL. Everyone is bad at the start, you just have to grind and have the dedication to the game to reach the top

Q: Do you think Scrub Killa is going to be a tough opponent along with the players on his team in future RLCS?

A: Personally I don’t think any team would replace their current roster with scrub. He has to work his way through RLRS in order to reach rlcs

Q: How is it like standing next to Deevo?

A: Don’t try to look at his face, your neck will be fucked

Q: How important is sleep and nutrition for you in eSports? Have you noticed your gameplay get impacted by any of the 2?

A: Obviously sleep is important and I always try to not be hungry when I’m playing. I will always play badly when I’m tired and/or hungry

Q: Which RL pro’s girlfriend would you like to steal?

A: All of them

Q: Do you expect Rocket League to start any competition similar to Overwatch League any time soon?

Kieran is the Founder of Rocket League Coaching Discord, a discord community focused on providing top level coaching for to all levels of Rocket League players for free. Kieran international discord of over 3200 members, active and retired pro players, and 75+ Grand Champions work together to make the Rocket League community great.